In the present work I recall some themes I have already investigated, concerning the evaluation of the quality and the symbolic hermeneutics of the tribal artworks.
( https://artidellemaninere.com/2014/11/08/la-qualite-cet-obscur-objet-de-desir-a-la-recherche-de-la-qualite/ e https://artidellemaninere.com/2016/08/18/version-francaise-lirreductibilite-french-version/ ).
I will try to give an answer to this question: how should we look at a tribal object?
The distance – temporary, geographical, and, especially, anthropological and cultural – of such objects triggers a series of questions that need to find an answer, if we do not want to make the mistake of adopting a eurocentric point of view or, better, a post-colonialist aesthetic perspective. 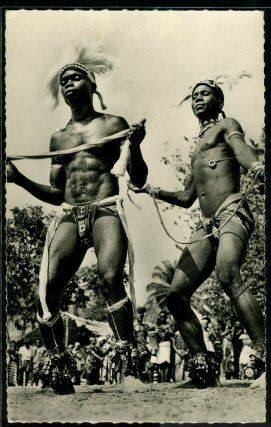 Such is the theme that the German philosopher Hans-Georg Gadamer (1900 – 2002) put at the centre of his speculation, particularly for what concerns aesthetic.
In Gadamer ’s opinion, the issue of the encounter (or the < <mediation>>) between the originary world of the artwork and the world of the interpreter/consumer is not to be eluded, and, consequently, “ the aesthetic needs to resolve itself into the hermeneutics ”, that is to say, the fruition of the artwork implicates, at a certain point, the more general issue of its interpretation . (Truth and method , 1960)
For Gadamer, the art experience could be considered such only when it is deeply felt and causes a shift in the perspective of those who participate in it, no matter if they are spectators or artists: we are talking about an event, an experience of truth – in the way Hegel conceived it – that modifies the subject.
Briefly, we can easily say that, if the encounter with the artwork can deeply mark the life of someone, for instance renewing the way they see the world and the way they behave, we shouldn’t nevertheless dismiss the artwork’s importance through the concept of enchantment, dream, appearance.
The encounter with the artwork means way more than just wandering estatically in a dream-like world; it is rather the effective resettlement of our existence: “ the aesthetic experience is a means of self-understanding ”, a form of experience, of knowledge.
For Gadamer, and here the philosopher quotes Hegel, Art is therefore an experience of truth, and the relationship with the past shouldn’t be merely focused on a reconstructive process, but on an integrative one, that is to say necessarily mediated by History.

The artistic fruition becomes then an issue concerning the mediation between these two worlds, the world of the artwork and the world of the reader, and therefore a hermeneutic problem concerning the integration between these two worlds.
The interpretative process becomes, therefore, essential.
Going back to our initial question, consequently, the tribal art needs to be essentially
interpreted , and not only looked at.
This is how I interpret Gadamer’s exhortation towards the necessity of integrating the world of the artwork with the world of the reader, the artifact and the observer, the tribal gaze and the Western one, without prejudices, nor mental uncertainty whatsoever.
This doesn’t lessen at all the aesthetic evaluation, typical of the Western critical approach: it is actually from the encounter of these two worlds, interpretative and evaluative, that gushes, in my opinion, the right approach towards the artistic tribal world.
And when the interpretation becomes difficult and debatable because of the absence of that knowledge which is impossible to trace out, because of the absence of sources and original researches?
It is known that the entire culture of the so-called “Black Africa” has been developed without the writing of the natives, and that the informations in our possess are the result of the researches of historians, anthropologists, museum curators… alongside, of course, the diaries and the writings of ancient travellers, colonists and missionaries.
In my opinion, it will be difficult for us – despite the good intentions and the will of many able scholars – to overcome this obstacle.

Bamum dancers of the royal court. Foumban, Cameroon Circa 1930.

The deeper meaning of some rites and of the religious tools used to perform them, because of the absence of reliable proofs, will never be unveiled.
So what? It is certainly not by using that “ magical conscience ”, rightfully stigmatized by Haim Baharier , that the issue will be resolved! That is to say through the use of that apparently critical spirit that doesn’t know doubts and that, all in all, refuses any kind of interpretation.
Everyone remembers Marcel Griaule’s stupefying and fascinating reconstruction of the culture of the Dogon people through the revelations of the old hunter Ogotemmeli , a sort of Homer of the desert, recounting ego of the myths and the legends of his people.
We all appreciate the prose and the writing of the great French explorer/ethnologist. But how many of us would willingly call such narrations completely realistic and truthful?
Not many, I believe, even if this doesn’t diminish the fascination and the pleasure of reading about the Dieu d’eau that I discovered years ago, thanks to the magnificent translation of one of the great contemporary philosophers, Giorgio Agamben, Dio d’acqua, 1972.
( http://www.iep.utm.edu/agamben/ )

This is why, in my opinion, stopping on the doorstep of the unknowable doesn’t mean at all not appreciating the beauty of a distant artwork; stopping on that doorstep, on the contrary, constitutes the greatest form of respect towards those who created it and consecrated during their original rites.
But this also means keeping on delving into the research, the history of that object, with a free and passionate spirit, avoiding that bizarre reconstructions, that attempts of faux and laughable parody, which often happens – alas! – because of pseudo-cultural interests strictly connected with a degrading commercial underworld.
There are many ways through which a tribal art object could be counterfeit, not last by changing its meaning to achieve stupefying – and incongruous – outcomes.
All of this, in fact, is far from the reconstruction of his good history and close to the possible creation of a bad history. 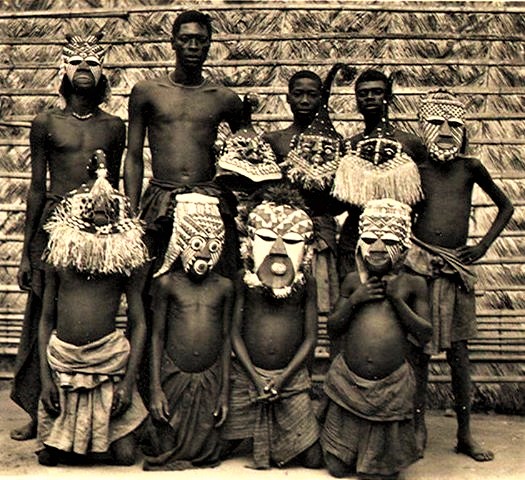