The events of many collectors and stories related to them, have convinced me of one thing: the collection must temporally end before the collector.
In other words, those who with love, passion and sacrifice led its existence to that closeness of the beautiful, then we call collection (… certainly not all, but many! ), must intervene before the fate separates him from it.
Of course no one can predict when fate will mark his earthly end, but for sure everyone is able to realize that the thing, if not imminent, is at least in the order of possible occurrences, and therefore, what is the time to act.

How to act?
What to do, how and why it is not a problem I ask myself, for the simple fact that we are not talking about a problem and so there is an unambiguous solution but several possible solutions.

Is the collector have to choose which, if you keep, donate, dismember whole or in part, create a foundation, allocated to the grandchildren or the lover who collected …. only he can decide, avoiding the punishment post mortem inheritance disputes, bailiffs, liquidators, courts, which often are the infamous retinue of a lifetime passion for art, whatever form it occurs.
There are many examples that reinforce this belief, will only refer to the case, the story of Han Coray, the great Swiss collector. 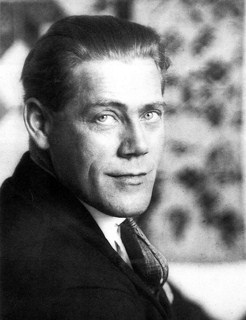 Coray died in 1974, in his home in Ticino, at the age of 94.
He had not decided anything about the fate of his multifaceted art collections and artistic craft, of every age and culture … thousands of works stored in various collections, including African Arts course, only had ordered that his collection would remain together for at least ten years in Coray House, the large hotel complex  in Agnuzzo, on Lake Lugano, which he built and menaged over decades of work.

Shortly after his death, the heirs forever closed the hotel, the collections were dispersed among themselves and then were dispersed to the four winds, in successive sales. The large complex of the lake fell into disrepair and the entire property was sold to a real estate that was intended to build a more modern hotel. it is even right that art masterpieces come back in circulation, but in my humble opinion it is wise that this is done by whom those objects he saw them, chosen, loved and preserved throughout its existence.

To imagine that the same passion, the same enthusiasm is shared by the heirs who have never participated in any of that is an act of unforgivable naivety and perhaps of childish selfishness. We can not expect others to join our interests!
Is a fortune if this happens, but a will, on the contrary, you try to impose our will and our collection taste. The works of art don’t have masters, in fact survive them, as it should be, and the collector among his duties he was to accompany them to an outcome worthy of their importance and their cultural and artistic value.